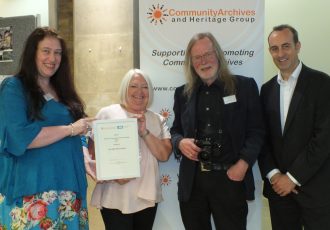 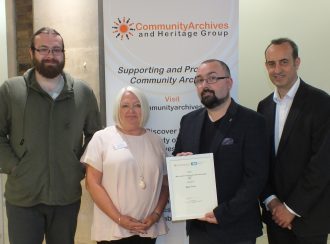 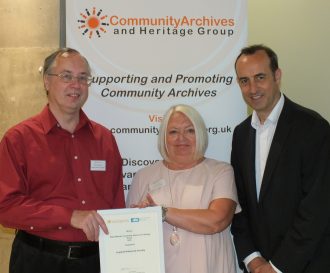 An inspiring project looking at the impact of the First World War on rural communities has been announced as winner of prestigious Community Archive & Heritage Award.

Led by The Dartmoor Trust, Dartmoor Life in WW1, which runs between 2014 -2018 commemorates the part played by Dartmoor and its people during the First World War. The project won the Community Archive & Heritage most inspiring award as well as the overall Community Archive of the Year. Judges said ‘The back ground planning with specified Key Stage information for schools, across both the English and Science subjects, plus definite long term archiving plans edged this to the winner slot over other strong contenders in this category’. The Dartmoor Trust works closely with the National Park Authority and are working with other county and national organisations during the project. The judges were impressed by ‘Their detailed work (which) made it a showcase group for good practice; an example of working with other groups; applying content of their exhibition to school curricula; detailed long term planning. There was a clear indication of numbers visiting and comments made’.

Winner of the Best New Group were the After Alice Project. Based in the Upper Calder Valley the project began in 2015 to celebrate and honour the work of Alice Longstaff, a photographer who for 70 years captured life in and around Hebden Bridge. Alice’s photographic collection curated by the Pennine Heritage Digital Archive inspired a group of local amateur photographers to continue Alice’s work, telling contemporary stories and celebrating the vibrant and infinitely varied everyday life of the Upper Calder Valley. Judges felt this group had the edge on other entries in the group as ‘there was an overall plan, training and a firm concept’.

Award for Best Website went to Leyland Historical Society, Judges said that they ‘stood out for the depth of their work’.  The Society focus on collecting and documenting the industrial workforce in Leyland from the early 20th century onward and their website is filled with innovative presentations of material and research, such as virtual walks around Leyland. Judges said ‘in the past year, due to circumstances way beyond their control, there has been a complete rebuild of their site and it has become a website  well worth browsing; giving ideas for other groups to follow and combining history, old photos and walks’.

The winners of the innovation category were Magic Torch an Inverclyde based arts and heritage group who use comics and graphic novels as a way of engaging and involving new audiences in history and heritage. The group won the award for the most recent project Achi Baba – Gallipoli 1915, a graphic novel about the Gallipoli campaign. Judges commented ‘whilst probably not unique it has an innovative feel of a new idea and is certainly filling a gap in getting the past in a digestible format to senior schools. Targeting the difficult senior school audience in an attractive learning format is quite an achievement’.

The winners of the 2016 awards were announced at the Community Archives and Heritage Group (CAHG) annual conference held in London. This was the 10th annual conference and to mark this milestone the theme was Sustaining Community Heritage – 10 years of celebrating community archives. In keeping with the day the first Sustained Achievement Awards were announced. Launched at the end of last year this award is for groups that have been working hard and consistently achieving over at least a 10 year period. Recipients of this award were Rodbourne Community History Group, Ryde Social Heritage Group, Lustleigh Community Archive, My Brighton & Hove, Fakenham & District Community Archive and Hornsey Historical Society.