You are here: HomenextNewsnext2012nextThe Forgotten Women Evacuees of WW2

The Forgotten Women Evacuees of WW2 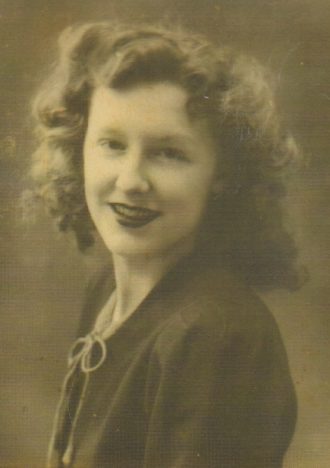 Since 2008 I have been interviewing child evacuees who left Guernsey in June 1940.  However, I have spent the past year interviewing the surviving women – both married and single – who were evacuated from Guernsey to England in June 1940. Some travelled as ‘helpers’ with the evacuated Guernsey schools, whilst others left Guernsey with their own infants. Most left their husbands behind or their husbands joined the British Forces. The women expected to be in England for a few weeks, but due to the German occupation of their island, this turned into five years.

The stories of evacuee children are frequently heard, but less attention has been focussed on the evacuee women – who were rarely interviewed by reporters, and usually made to stand in the background when groups of WW2 evacuees were photographed. The women that I have interviewed are in their mid to late 90s.

Their personal stories are filled with courage – most had never left their island before – and they arrived in the unfamiliar landscape of Northern England, penniless and with very few possessions. The industrial towns of England were a shock to them, and they had to endure some prejudice from local people who had no idea that the islanders were British. However, most received a helping hand from kind neighbours, and remained in contact with these friends after the war. Some decided not to return to Guernsey at all, after the war, but to remain in the communities in which they had settled.

I have also been given access to wartime diaries, Red Cross letters and photographs from the women who are sadly no longer with us. Many contain notes, poems, photographs and newspaper cuttings between their pages, which paint a picture of the lives that these women created for themselves in England between 1940 and 1945.

You can read the diary of a Guernsey Mother – which I have constructed from my interviews and wartime documents – on my research website: http://guernseyevacuees.wordpress.com/diary-of-an-evacuee-jun-1940/

My book ‘Guernsey Evacuees: The Forgotten Evacuees of the Second World War’ was published in November 2012 by History Press, and can be ordered from amazon.co.uk. You can find out more about the actual content here and read page one: