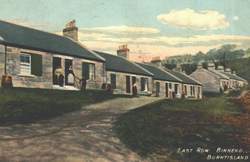 As a result of a trip to Scotland in April 2008 several sections have been added to the Abandoned Communities website.  There are sections about:

If you want to look at these sections a good place to start would be www.abandonedcommunities.co.uk/page140.html.