You are here: HomenextNewsnext2007next'Roads to your Past'

'Roads to your Past' 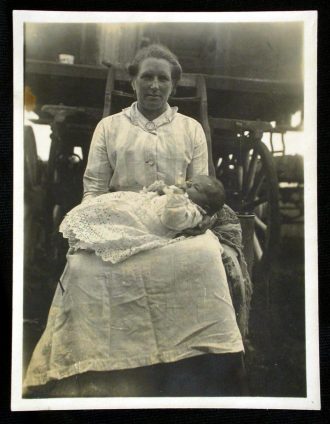 ‘Roads to Your Past’ Traveller project, Surrey Heritage

The historical contribution of Britain’s 300,000 Gypsies and Travellers is hinted at in place names across the south-east of England but despite being here for at least 500 years, the history and culture of Britain’s travelling peoples has rarely been visible within public museums, libraries and archives in the region. An innovative new project, based at The Surrey History Centre is set to change all that.

Funded by the European Union (ACCU) and the South East Museum Library and Archive Council, The Traveller Project is designed to encourage greater access to the regions museums, libraries and archives for the regions large Gypsy and Traveller population. The project is the British contribution to a 3-year pan-European effort to remove barriers in accessing cultural heritage.

The first phase began earlier in December 2004, when Romani journalist Jake Bowers was employed as the project researcher. His work identified collections currently held within the regions museums, libraries and archives.  He also consulted members from all of the region’s travelling communities: English Romanies, Romani refugees, Irish Travellers, New Travellers, Showmen and Circus People, about how best to preserve and celebrate the unique heritage of travelling people. This research will inform future the future work of Museums, Libraries and Archives in the area.

At a time when anti-Traveller hostility is on the rise, it is extremely important to recognise the long history of travelling people in the south-east of England. This project is not only designed to celebrate that history but make it more accessible and visible in a way that is informed by the community itself. By doing so we hope to develop some innovative projects that will encourage more Gypsies and Travellers to explore their history and create some understanding in the wider community about all of Britain’s nomadic cultures. Gypsies and Travellers are widely thought to be the biggest ethnic minority in Surrey and the south-east is home to the second highest population of Gypsies and Travellers according to the Office of the Deputy Prime Ministers Bi-annual Caravan Count. Despite being recognised under British race relations legislation as separate ethnic minorities, English Gypsies and Irish Travellers are absent from the census and most forms of ethnic monitoring. But there is strong evidence that Gypsies and Travellers represent the largest ethnic minority in counties such as Kent, Hampshire and Surrey and are significant minorities in many other south-eastern counties.

The community research itself also consisted of two stages. An initial series of qualitative, in-depth interviews with leading Traveller activists, historians, family history researchers and craftsmen established common themes and ideas about how those already looking at heritage issues would like to see the Gypsy and Traveller heritage work develop. The insights gained by these interviews formed part of wider ranging, but less in depth, quantitative research which will go on to consult Travellers of all ethnic backgrounds and accommodation situations in all south eastern counties about how the community would like to see its history and culture preserved and represented. The quantitative research will also examine existing use of and attitudes towards Museums, Libraries and Archives in order to provide a baseline with which to judge whether long term work has been successful. For the full report see Surrey County Council’s ’World in Our County’ website which hosts the Traveller Project report:

For further details of the European strands of the ACCU Traveller Project, including Greece, Romania, Finland, Norway and Germany see the ACCU website http://accessculture.org/safia0.1.1/FW_container.php?c_doc=res_main.php